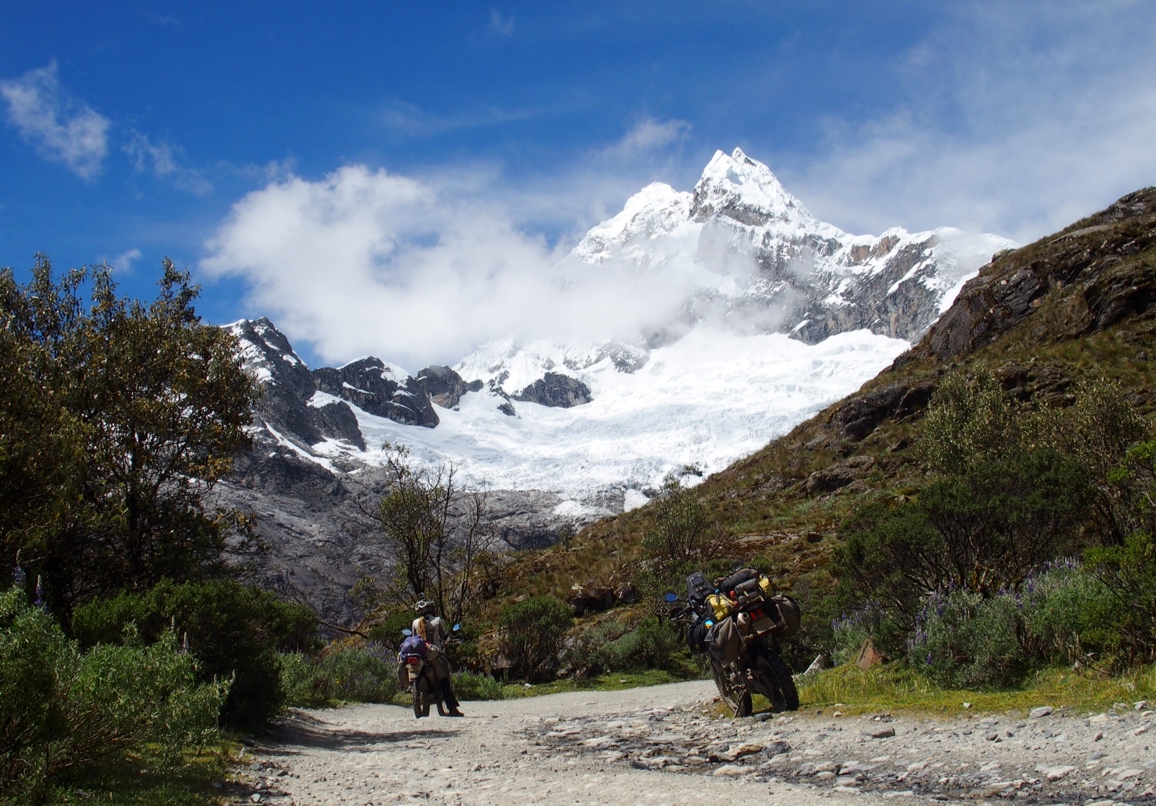 Deserts, mountains, jungles, coastlines…. over the years, I have visited and travelled through or along them all, but it is always the mountains that call me back. The Indian and Nepalese Himalayas, the Karakoram in Pakistan, the Alps, the mountains of Norway and of course the Andes…. for me, the mountains of the Cordillera Blanca are probably the most beautiful of them – and what’s more, they are very accessible on a moto.

Outside the Himalayas and the Karakoram, the Cordillera Blanca has more summits above 6000m in a concentrated area than any other mountain range. The peaks are classic and beautiful – carved into sharp pyramids, cloaked in snow and skirted with spectacular glaciers. Unlike the Himalayas or the Karakoram, the cordillera is very narrow, only 30-40km in width, and rises majestically from the rolling hills and valleys below. Textbook u-shaped glacial valleys, deep and sheer-sided, run westwards through the mountains. On the eastern flanks, the descending valleys are more tangled.

It was along these eastern flanks that we travelled after leaving Chavin. The initial 40km were on a poorly-maintained asphalt road. Thereafter, from the village of Huari north and onwards into the mountains, it was dirt roads only. Isolated behind the massive Cordillera Blanca and its sense of remoteness accentuated by the difficult access, this region has a special, enchanting quality – the feeling of a hidden kingdom. Heading north, we made our way further into this tranquil enclave, gradually climbing up to and then over a 4200m pass before descending to San Luis.

From here, there is a asphalt road that crosses the cordillera, but we opted to continue north the next day and cross on a lesser-used dirt road via the village of Yanama. Leaving the valley and beginning the long and gradual ascent, the road deteriorated into little more than a broken, shingly track, cut up in places by run-off water and with sheer, unprotected drops over the edge. This was very much the back route into Yanama – the primary route coming across the mountains from the Cordillera – and evidently it saw very little use or maintenance. I started to think I had pushed it a bit too far for Pau, but she said she was happy to press on. Arriving in Yanama by early afternoon, clouds were already building over the high peaks. We had been blessed with beautiful weather since leaving Chavin and were keen to see the snowy summits in all their glory; so we decided to stay in the village, in the hope that the morning would dawn clear and sunny.

It did. The fifty odd kilometres that followed were without question some of the best I have ridden in South America. As the gravel track wound its way slowly upwards into the heart of the cordillera, the mightiest peak in the whole range, Huascaran, gradually showed itself. Eventually we were confronted by its entire majesty, clouds clearing from its summit and the wall down which a huge glacier tumbled revealing itself. As we continued upwards we rode past pretty lakes, until we finally reached the pass at 4700m.

Some mountains passes are anti-climatic. Indeed some don’t even turn out to be passes at all, but simply flat plains or high pampa. But crossing the Cordillera Blanca, at least on this route, is breath-taking. The road passes through a twenty metre cutting in the knife-edge ridge and then suddenly an entirely new vista opens up, dominated by the immense glacial valley dropping a thousand metres below. It felt like entering a new world. Indeed, after nearly a week tucked away on the eastern flanks of the cordillera, amongst it’s charming villages and picturesque valleys, I felt a very tangible reluctance to leave.

A chance meeting with a German father and son duo earlier in the day led us to the Llanganuco Mountain Lodge at the base of these slopes, run by Charlie Good – an Englishman of similar age to me. He has been here for ten years, having seen the light and thrown in the towel as a chartered accountant in London. Being the low season, the lodge is closed and work is underway to extend it. But Charlie and his Peruvian girlfriend Marianna welcomed us with open arms. We have been staying here for three days now, enjoying the serenity and tranquility of the mountains, high above the valley, with Charlie’s three African Ridgebacks and four chickens as company. It has been inspiring to meet yet another expat who decided to take the bold step out of the rat race. He has created a very special place and we have felt very much at home here. But as ever, we can’t stay still for too long. Today we move on.

(If you feel the call of the Cordillera Blanca, check out Charlie’s lodge at http://www.llanganucomountainlodge.com) 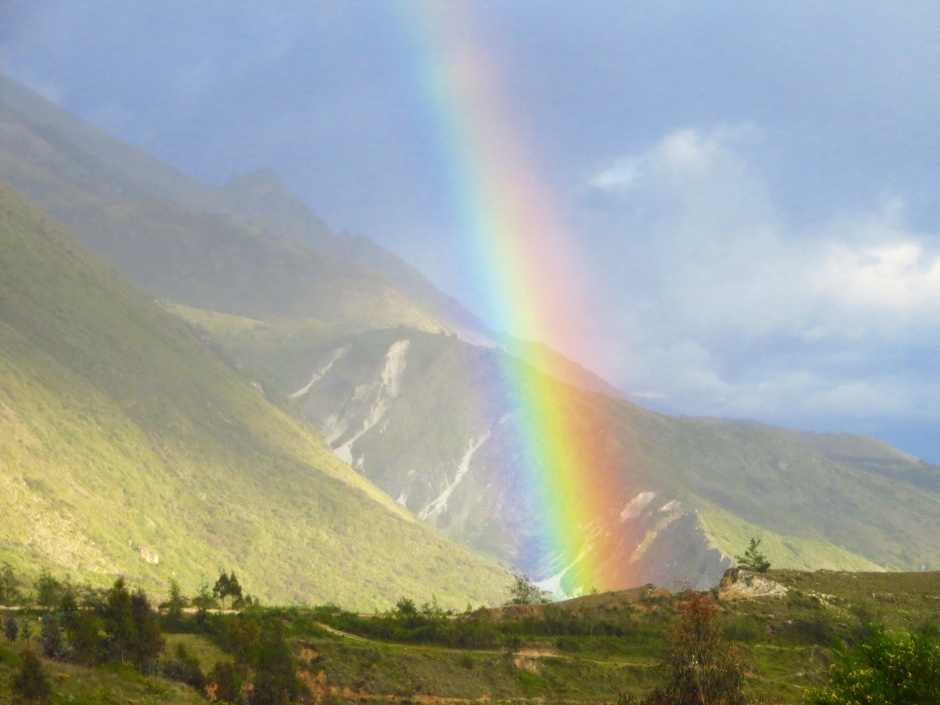 5 Comments on A Ride Through The Cordillera Blanca