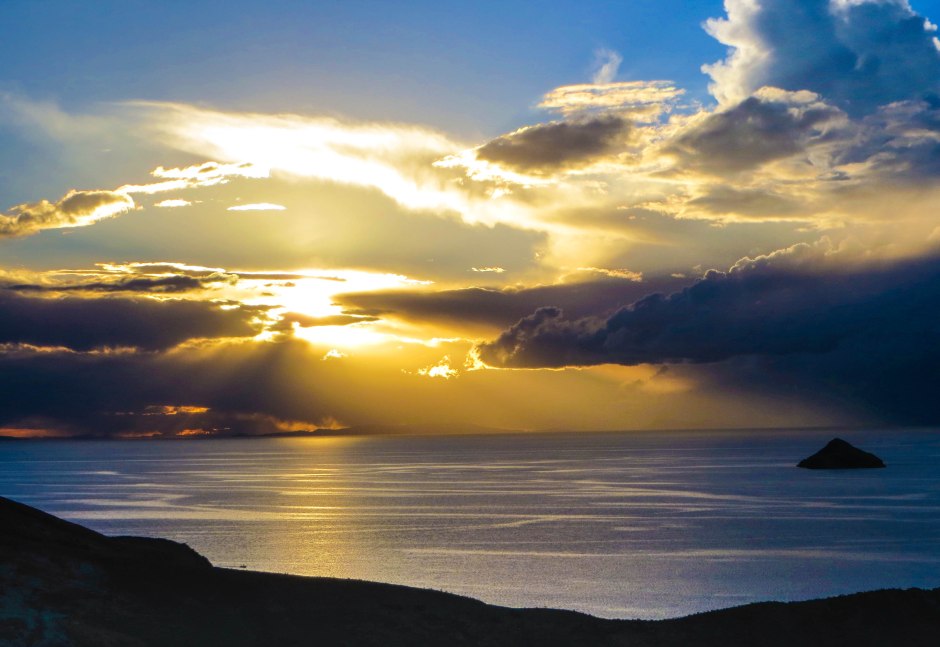 I returned to Peru from the United States a week ago. I had been invited there by the publisher of Adventure Motorcycle Magazine, Carl Parker, to speak at their rally and then join them at the ‘Overland Expo’ in North Carolina. Since returning I have been mulling over what to write about. Then last night I received some tragic news. To write about my casual observations of motorcycling in the States suddenly felt trivial.

Earlier this week, a young Australian rider whom I had met at the Overland Expo was killed in a traffic accident. Al Farland was riding from Alaska to the southern tip of Argentina. He had been steered my way to seek advice about the road ahead in South America and I offered him my thoughts. Seeing his eagerness to hard-charge southwards, I also shared my philosophy on traveling and encouraged him to slow down; to let the journey unfold in front of him; to see the breadth of choice he was blessed with; and not to fix himself too rigidly to one plan.

Al possessed that adventurous impetuousness, that youthful arrogance that refuses to let obstacles get in the way. After six weeks or so on the road he was getting in his stride, on an adventure. But he was also a listener. He took everything I said in. I could see it in his eyes – a realisation of what a wonderful opportunity lay ahead; opportunities not just to travel, but learn about life. Al was only twenty-four. He had made the bold step to pack his bags and hit the road with an open-ended schedule. Even during the short time that we spoke I could see his perspective on how to live life shifting a little. Yes, he was indeed on an adventure; an external one but more importantly also an internal one. Maybe he hadn’t yet realised that, but having trod that path myself over the last two years I recognised it immediately.

Over the years, I have lost several friends in the prime of their lives. Colleagues in the Army, killed on operations in Afghanistan – I bore the coffin of one such friend on my shoulder. Tim Hetherington, acclaimed photo-journalist and a very close friend since our school days, killed on the front line in Libya. Mark Sutton, with whom I served in the Gurkhas in the mid-nineties, killed last year flying his wing-suit in the Alps. And others. Their deaths had huge impacts on me, unsurprisingly. But so did Al’s. Hearing the news deeply upset and moved me. Yet I had only known him a few hours and when with him, I didn’t even feel a particular connection.

I have reflected on this over the last day. Perhaps it was because I saw in him something of me, a fellow motoquero but also someone who had stepped out of the template to seek what lay over physical and personal horizons. Perhaps it was because I had shared things about travel and about life which lie within me more at the soul level – and he had listened. Or perhaps it was simply the immediacy of things – I had been chatting with Al less than two weeks ago. And of course there is an inevitable sense of tragedy in any life lost so young.

But the more I have thought about this, the more I see that this last response is wrong. We seem to measure the value of life in time; a young life lost is tragic, but death at an old age is usually less emotionally impactful. But instead we must measure life in content, in the quality of the experience. Death will come to us all; what counts is how we use the time before the curtain falls. Whilst I still feel the pain and the void left by the deaths of friends like Tim and Mark, I also feel a sense of celebration and gratitude when I think of them. They found their passions in life, threw themselves into them, became highly respected and admired in their fields and ultimately lost their lives in the pursuit of what gave their lives meaning and richness. They packed into forty years more than most could achieve in several lifetimes.

I think Al falls into this category. My immediate response when I heard of his death was a sense of fear that I too could lose my life as he did, riding my moto across foreign lands. I was aggressively confronted for a moment by the reality and danger of my chosen path. It was all too close to home. But almost as soon as those fears showed their faces, I also realised that this was a clear message that I must stay on my path. Danger and fear, both physical and emotional, try to block us in the pursuit of our passions. That’s just the way it is. If we submit to them, we resign ourselves to ordinary lives. Al had not done so, just as Tim and Mark had not done so. They were honouring their ambitions, their hunger for adventure and the desire for a life far from ordinary.

For some of us, the deaths of such people provide lessons – and precious ones at that. For others, they provide reminders. Their deaths and more importantly their lives show us that life is there to be lived; and that our opportunities are boundless. I spoke to Al about choice, helping him see just how much choice we have in our lives, even though sometimes it is obscured by the illusory boundaries and constraints we build around ourselves. We can choose what we want; to give in to fears; to conform to society’s expectations; to seek comfort in a safe, predictable lifestyle; or to step out into that which lights us up, that which helps us grow.

Their deaths also remind us that every day could be our last and that we must live as such, seizing every opportunity that comes our way and giving generously to those who cross our paths. Right now I feel a lot of gratitude that I chose to share a little bit of myself with a young, eager motoquero who sat down beside me on a blustery afternoon in North Carolina.

When a free-spirited adventurer dies we lose a friend or a loved one. But we gain a role-model, we gain inspiration. And whist we mourn a life lost, we should also celebrate a life lived to the full. So it is with Al.

POSTSCRIPT, 22 October.  I came across Al’s blog today.  Looking at the photos, especially of his time at the Burning Man festival, it was clear to me he was having a wonderful experience on the road. Some of his photographs are stunning.  I believe this is a sign of someone who is not just adept at composing an image, but also of someone absorbed by their surroundings, really seeing the world of which they are part.

18 Comments on A Tragic Loss, but a Precious Lesson