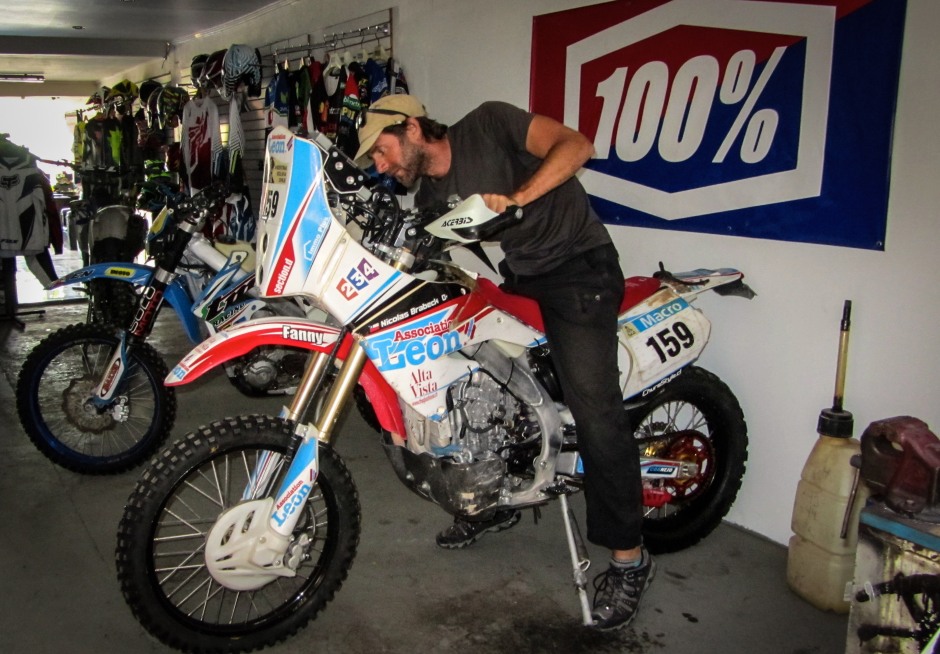 It all started about 16 months ago on Easter Island – the most remote inhabited place on earth.  The urban grind of Santiago, where I had been staying with Paulina in her small apartment on the edge of the city, had become too much for me; I had therefore found the cheapest ticket available to Easter Island in search of some peace an tranquility.  On a piece of rock in the middle of the Pacific Ocean, 15km by 25km in size and 2606km from the nearest conurbation of over 500 inhabitants, I had two weeks to kill and not much to do.

So I had ample time to think – and to interrogate the internet. It was here that I posted, “An Itch to Scratch – XT660 Tenere v KTM 690 Enduro for RTW [Round the World]”, on the bikers’ website ADV Rider.  By this point in my travels I was gradually becoming infected by the Lightweight Moto bug, and a spin around the island on a rented Honda XR250 Tornado had convinced me still further. Based on several accounts by other riders crossing various continents, a modified KTM 690 seemed the obvious lightweight alternative to my 200kg Tenere.

This idea stayed with me for months.  In the summer last year, I temporarily switched my focus to CCM’s GP450 and took the opportunity to test ride a pre-production model.  It seemed a great bike, but it was still unproven and for some reason it didn’t light me up in the way certain bikes can do.  And so the KTM continued to lurk in my peripheral vision – even though I was still yet to ride one.

That changed when I visited the States in September last year and hung out with Carl and his team from Adventure Motorcycle Magazine.  Parked in his garage was a upgraded 2014 690 Enduro – the magazine’s project bike at the time.  It was mine to borrow whilst in the States, if I wanted to – and I did. Now, if we are going to talk about bikes that light you up, I need look no further.  This thing is a beast, and so easy to ride. It was only the prospect of a 900 mile round trip on the hardtop to attend the Overland Expo in North Carolina that pried the KTM from between my legs – Carl’s Versys seemed a better choice for such a ride. 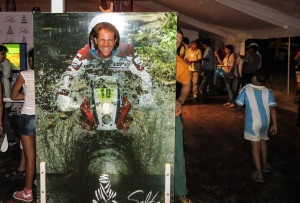 The other part of the equation which led me to where I find myself now was Dakar 2014.  Over the seven days and 3500km during which I followed the race on my Tenere, I caught another disease – Rallyitis.  Multi-day rally raiding through beautiful but inhospitable wilderness, testing your riding skills, your navigation and most importantly your personal stamina and mental resilience, seemed an obvious event for me.  I’ve spent years doing something similar – albeit it usually on foot – as a soldier and in my own time.  Complete self-reliance and pushing my endurance to the limit, be in in the mountains or in a kayak, have always provided me with an intense, if not slightly perverse, sense of satisfaction.

It took a year, but finally the stars are aligning. 2015 will see me staying in the Americas but changing hemispheres – and bikes.  The time has come to trade blue for orange and I have found a 690 Enduro with my name on it. With Paulina needing to hang up her riding boots for a while and focus on earning some money in Peru, I will travel to the States in March or April. and pick up the 690 on the east coast. I’ll then ride west, set up base-camp for a few months and focus on learning to ride rally. 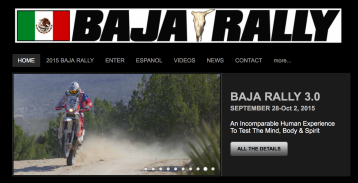 Bend, Oregon is looking like a good option to base myself, where Harold from Giant Loop can help introduce me to the trails and the local enduro riders from whom I hope to learn (and where I plan to reunite with Pau in July).  And then at the end of September, if all has gone well, I shall step into the rally-ra ring for the first time and ride the four-day Baja Rally 3.0.

There is more planning to do, not least what to do with my Tenere and assuring myself that I can stay in the US on a tourist visa long enough to complete the project.  I’m researching the Trans American Trail as a possible route west, and I shall soon be putting out the siren call on the the ADV Rider to seek more information, ideas and support.

Over the last year I have shared my thoughts and ideas about motorbike riding with those of you who read this blog.  Perhaps in this case, we can turn the tables.  There is a comments box below waiting to be filled. All and any ideas and advice will be warmly welcomed!

[Postscript:  As you will discover is you read subsequent posts, this plan changed for various reasons.  We found ourselves in Spain rather than USA for the summer.]

Turning to The Light Side – The Argument for Lightweight Overlanding

Bolivia – My Own Mini Dakar