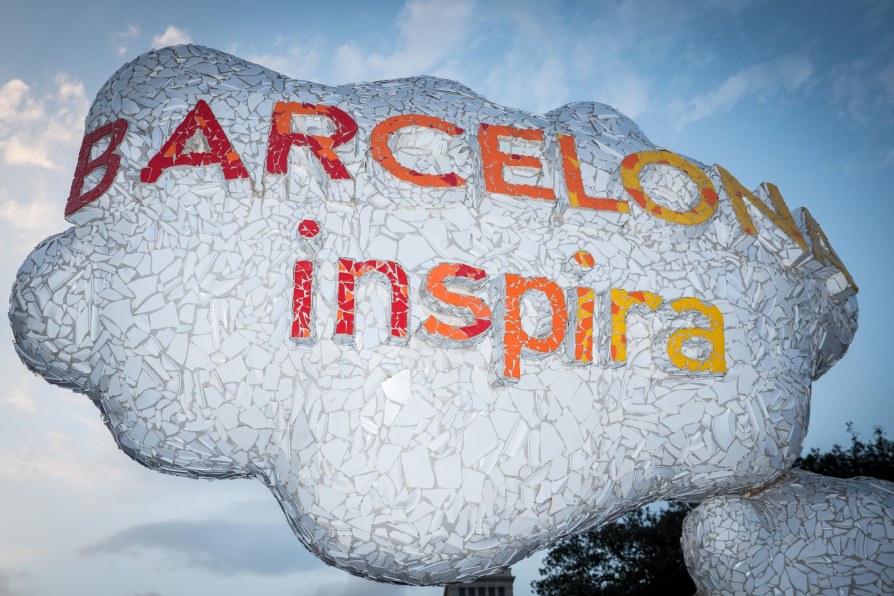 From a Buenos Aires winter to a Barcelona summer.  The language may be the same, but the feel of the two cities is as different as the temperatures in each.  It’s only been two weeks, but that special energy which pervades all of South America feels a long way away.  I’m back in Europe and all of a sudden it feels uncomfortably like I’ve come home.

When we travel to new destinations, we inevitably seek to orientate ourselves quickly with our surroundings.  The need to reach a early judgement, to feel a sense of understanding of our new environment, seems to be a human necessity. We all have our own metrics by which to get the measure of a new place.  They aren’t always very scientific and in some cases they may be wholly inaccurate, but we nevertheless do it. 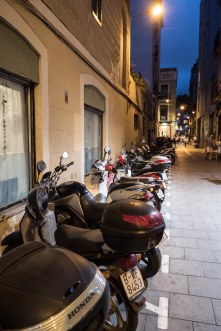 I judge the character of a city, in part, by whether or not you can park motos on the pavement.  It might sound trivial, but I think it is a simple medium by which to view the broader attitude of a city’s residents, and more particularly the authorities, to life and social behaviour.  By and large, cities have more pavement than their pedestrians require; they are often wider than needed, or sections are rendered of little use to foot-born traffic due to phone boxes, trees and the like creating obstacles.  Such redundant space provides valuable parking for motoqueros, whilst at the same keeping the motos out of the way of pedestrians.

Some authorities recognise this and allow it.  And as their part of the deal, motoqueros respect the decision and take care not to abuse it, parking with the needs of the pedestrians in mind.  This, to me, represents both a rational and mature approach to civic behaviour. Paris, for example, is one such city where this is evident.  However, parking on a pavement in London – even for five minutes and beside a section designated for the parking of bicycles, and thus clearly not at the expense of pedestrians – will fetch you a £60 fine.  I know this all too well. The basic liberal democratic philosophy of maximising a citizen’s freedom where it does not impact on another’s clearly does not underpin the decisions of London’s authorities; maximising revenue, however, does.

When it comes to moto pavement parking, Barcelona is surely king.  For Barcelona is, truly, a city on two wheels, rivalled only (in my experience) but the metropolises of South East Asia such as Bangkok.  There are thousands upon thousands of motos and scooters on the city’s streets.  A combination of factors, notably the year-round moto-friendly weather and the car-unfriendly narrow streets, come together to encourage young and old alike to go about their business with the wind in their face. 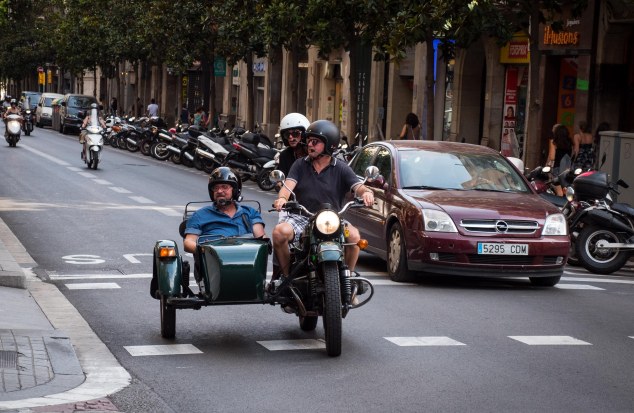 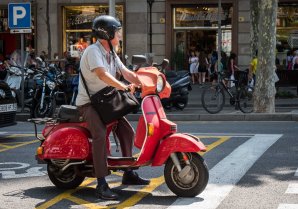 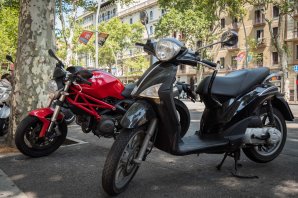 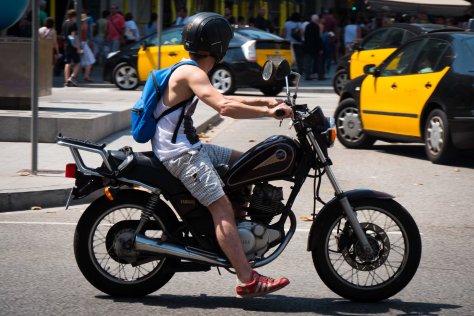 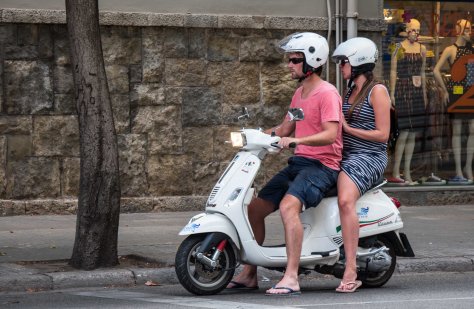 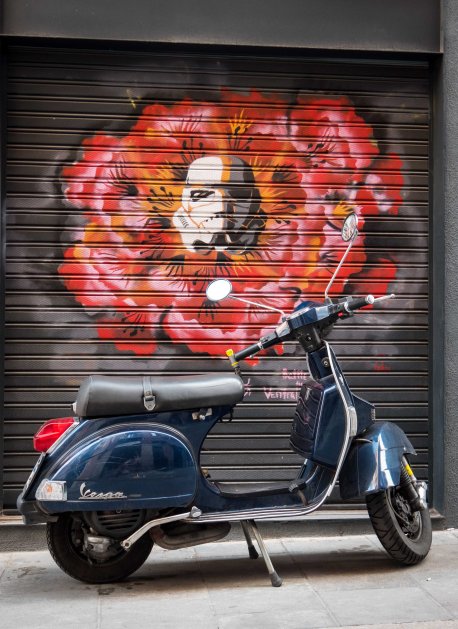 Somewhere in this city you will find almost every motorcycle in existence.  Unsurprisingly, the lightweight scooter is the undisputed champion; however, what is surprising to me is the fact that, for a city known for it’s style and culture, the ugly and utilitarian 125s and 150s from Honda and their Japanese cousins far outnumber the the Italian chic of Piaggio and Lambretta.  The classic urban hooligans – Ducati Monsters, Street Triples and their friends – and numerous.  The inevitable GS1200s carry commuters into the heart of the business district.  Retros, Honda twin pots, Harleys, crotch rockets, a lot of ‘maxi scooters’ (that is the one machine I just don’t understand), even a side car… I’ve seen them all, and more, during my short stay in this city.

The Tenere made it through customs without a hitch. It is parked up on the pavement outside my friend’s flat as I write, still sporting a light smattering of Bolivian mud.  It’s in good – and abundant – two-wheeled company here in Barcelona.  Yet somehow it feels out of place for me. It is not a natural city dweller; and nor am I.  So we shall soon be heading for the mountains, back on the open road.

7 Comments on A City on Two Wheels