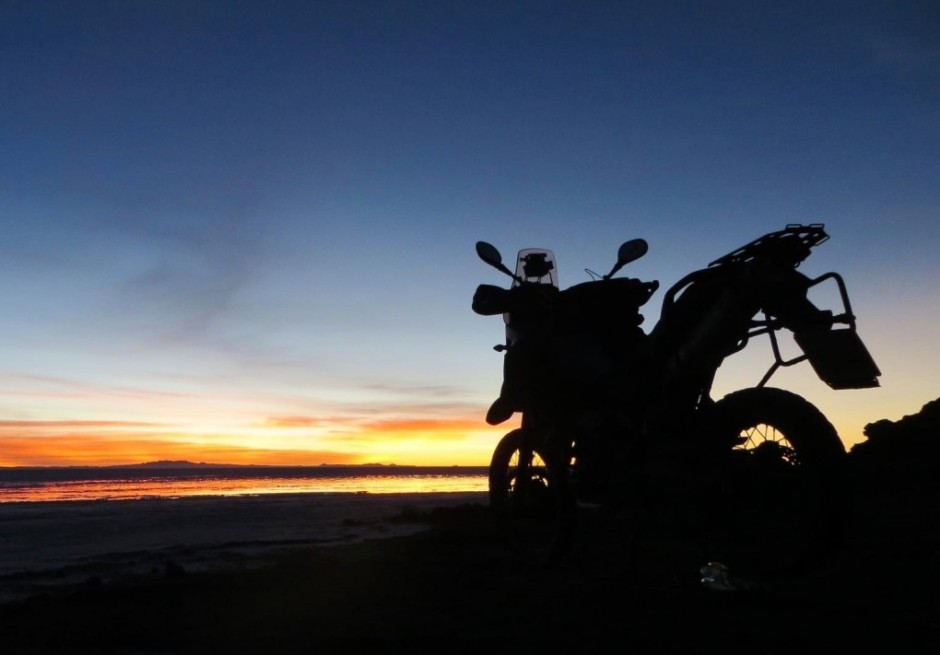 My journey around South America began on 22 October 2012, when I flew my bike from London to Buenos Aires. I drove the 3500km to Ushuaia – the southernmost point of the continent – in eight days, then turned around started the long ride north. My sights were set roughly on Colombia; perhaps nine months on the road. Thereafter, I didn’t know.

Whilst I had no firm plan when I decided to undertake this trip, I expected the blank canvas in front of me to open doors to the unexpected.  I guessed somewhere, something or someone would cross my path and shape my as yet undefined future. And so it turned out it to be.  Gradually, ‘travelling through South America on a moto’ evolved into ‘living in South America with a moto’. I reached southern Peru, stopped for three months in Pisac and then did a 3500km u-turn back to Santiago.  A few months later I was back on the road, reaching the Equator in Ecuador before again returning to Peru for several months.  Eventually ‘the journey’ stopped – for now at least, after about 50,000km on the road. 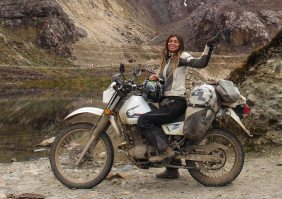 So what ‘somewhere, something or someone’ crossed my path and stopped me reaching Colombia?  It was a ‘someone’ – and a very special and beautiful one at that.  Having arrived in Santiago in December 2012, only to be promptly robbed of my laptop, phone, passport and various other things, I found myself face-to-face with Paulina Ulloa in an adventure store whilst replacing some of the things I had lost.  Whilst I didn’t know it at the time, I walked into the store looking for a merino wool t-shirt and walked out with a girlfriend and riding partner-in-waiting.  Seven months later we got together (hence my return to Santiago); and in January 2013 we were on the road together, northbound with Pau on her new DR200.

For now, we are on a break from the road.  Pau needs to earn some more money and I’m enjoying stretching my legs, so to speak.  The second half of 2015 is as yet unplanned – maybe more of Peru, maybe the States.  I’m enjoying a break from the moto lifestyle, but nevertheless can’t help hatching plans to be back on two wheels some time in the future.  Watch this space….